Vintage and not so vintage

A few posts ago I showed some vintage blocks that were given to me that I've decided to hand appliqué to a pieced background. The background is a mix of pale  pink, peach, beige and gold hand dyed cottons and some vintage silk drapery samples sewn into large four patches. I'm in the process of basting the vintage blocks onto the four patches and I thought I'd show some of the problems I'm working with. The blocks are all foundation pieced, the foundation is different on each one and sometimes it is pieced. Here are a few samples of the foundation, you can also see the background color of the four patches. The bottom one is thread bare flannel, the middle one is a seam from the original garment the fabric was cut from. 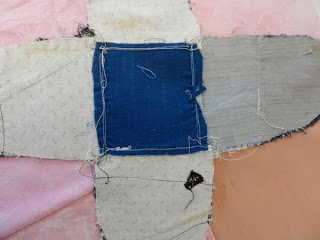 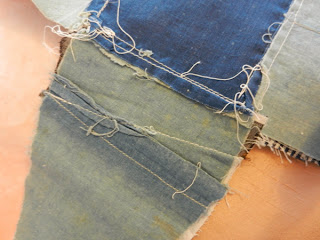 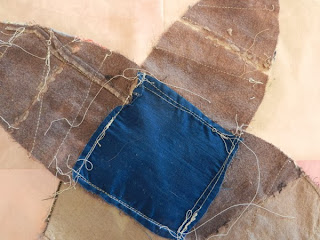 Some of the blocks are going to be quite tricky to appliqué because of the seam locations and fraying edges, like the corner of this block. 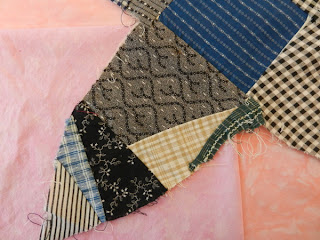 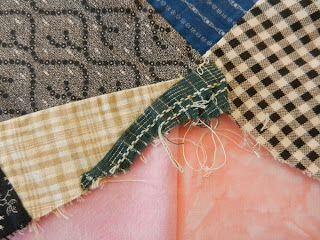 I've got about ten of them basted and I still am not sure why I feel compelled to do this project.

I've also  finished my 10' x7" piece for the SAQA trunk show "This is a Quilt". Actually it's the second one, the first one just didn't do it for me. I made pieces for the two previous shows, the first one was made with stapled and rusted silk, the second one was screen printed with sand. This time I used a paper towel that had been a dye rag, a chopstick wrapper and a piece of hand painted silk. 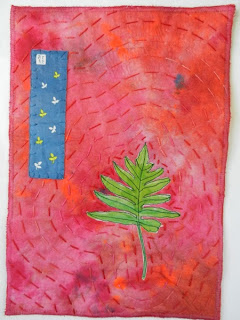 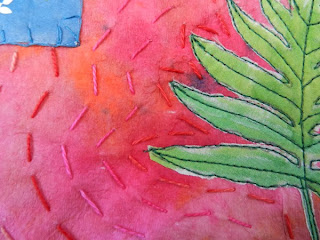 I like this one and enjoyed working with the paper towel. I have a rather large collection of dyed paper towels that are going to be used in upcoming projects. 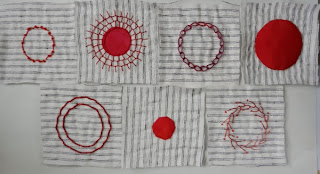 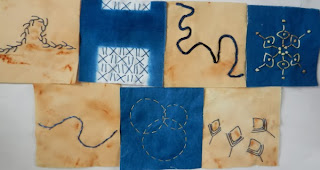 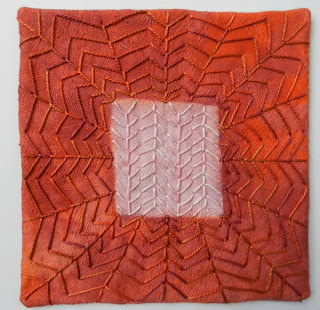 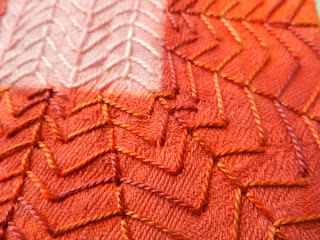