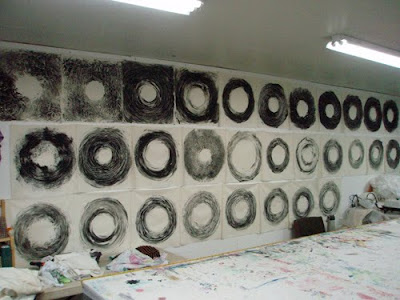 When I was in San Antonio for class last month I set a goal to do a mono print a day for the month of March. I just finished #30, I know that March has 31 days, but I used my last piece of linen today. I will do one tomorrow but it will be on different fabric. My design wall is twenty feet long and is almost full. Each piece is about twenty inches square. They are also hanging in order, from top left to bottom right. It was difficult to get a picture of the whole group because I couldn't get far enough away from them, my studio is not wide enough! This was a great experiment, I loved doing it - some of the pieces I'm very pleased with , others not so much. I have plans for some of them, but even more important, I came up with several more ideas of things to do.
Posted by Linda M at 1:09 PM 3 comments:

Back to my change of pace 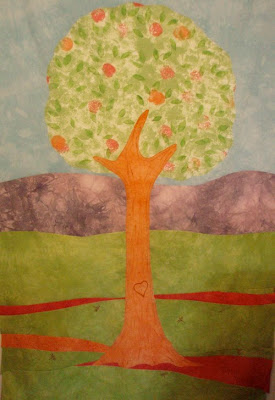 I spent time today working on my grand daughters quilt. This will be the center section, it's the top of the twin size bed. There will be a couple of borders around it. My next step will be to put some batting behind just the tree and do some quilting to suggest bark and leaves. I thought a little extra dimension under the tree would be good. I've stenciled on some dragon flies, flowers and leaves, although it's hard to see the flowers. There's also a heart with her name on the tree. Hopefully I'll make more progress tomorrow.
Posted by Linda M at 5:13 PM 1 comment: 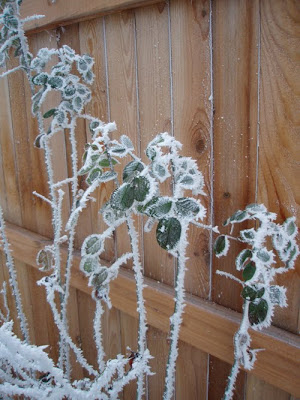 The above photo from my daily photo blog was used(with my permission) by Liz Berg as one of the photos that she used as inspiration for an abstract art quilt. She will be on the new season of the Quilting Arts TV show and did her taping recently. She talks about the experience on her blog. There's a picture on her blog of her and Pokey Bolton (host of the show), in it you can see a blown up version of my photo on the table. Unfortunately we don't get the Quilting Arts show here, but it is possible to buy a dvd of the shows after they've aired.
Posted by Linda M at 10:46 AM 2 comments:

A Change of pace 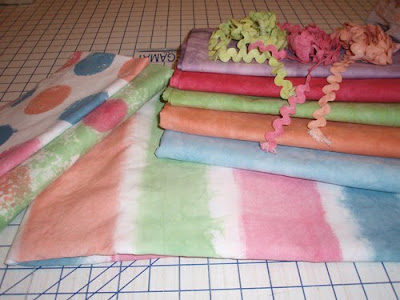 The above fabrics are for a quilt for my five year old granddaughter. I've finished dyeing the fabrics, so now it's time to get it put together. She loves nature so the quilt will have a tree, birds and flowers. I've sketched out an idea with the green, pink and orange as a curvy ground, the lavender as mountains, blue sky and then a tree in the middle with the green and pink fabric. The striped fabric will be a border. That's the plan to get me started, it may not end up that way.
Posted by Linda M at 3:13 PM 1 comment: 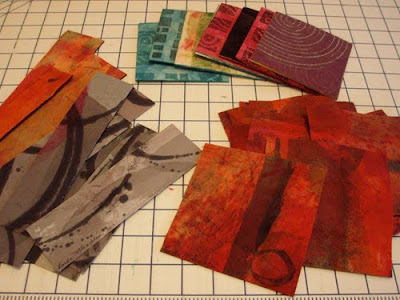 Tomorrow is my birthday and I'm having a party! I've never had a birthday party and have decided it's time. So while organizing a bit I came across all the edges I'd cut off pieces that I've made. They have been turned into bookmarks and coasters, I've signed them all and am giving them away as party favors. So if you happen to be in Weiser tomorrow afternoon, stop by. 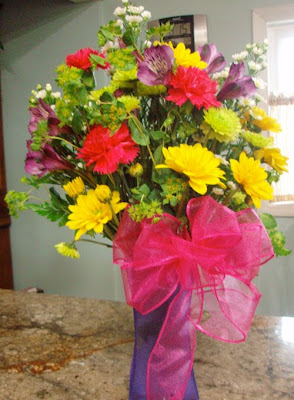 These are the flowers dh got for me, yes the bow is neon pink! Not a large selection of choices here but he did get flowers.
Posted by Linda M at 8:32 AM 3 comments: 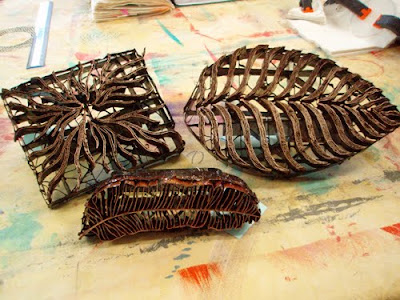 These came in the mail yesterday, an early birthday present to myself. Dharma Trading company gets a shipment of about 300 tjaps a couple of times a year, and in the past I've always been to late to order and have never been able to get one. This time when I got the e-mail notice that they had some in, I jumped right in and was one of the first to order. I'll probably use them with soy wax, I've already done some rubbings, or they just may end up as decorative.
Posted by Linda M at 3:22 PM 2 comments: After working in black and white for awhile I'm in need of some color. The color in the pictures is way off, must be time for me to learn how to correct it. The background is a blue green, with red violet and yellow orange, a perfect triad. The fabric is some old kimono silk that I hand dyed and the stitching is done with hand dyed pearl cotton. I made it as a donation for the SAQA 12" sq. auction that will be held later this year. Below is a close up. I love the actual colors(not what the picture shows) and the texture from the hand stitching. 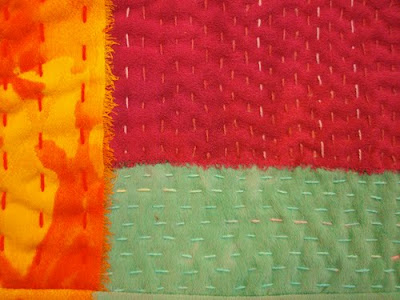 I've and hung fourteen of my 10"circle pieces on a long wall in my house. I showed fifteen of them last month and have made some deletions and additions since then. I took out four that didn't work for me and added three more. I took out the stitched ones that took a lot of time but I'll do something else with them. They were just to bulky wrapped around the frames. 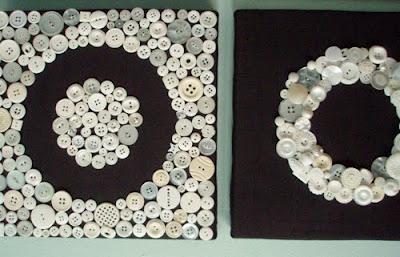 These 2 are new ones, white buttons on black silk. 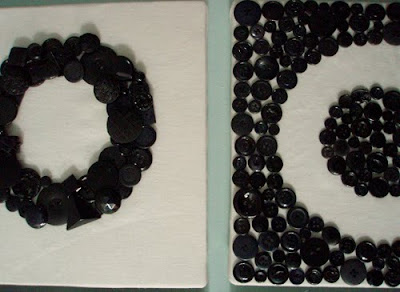 These 2 are black buttons on white linen. During class it was decided that these didn't fit stylistically, but I decided that since they were hanging in my house it was okay. In fact I did the white on black ones to balance out the group 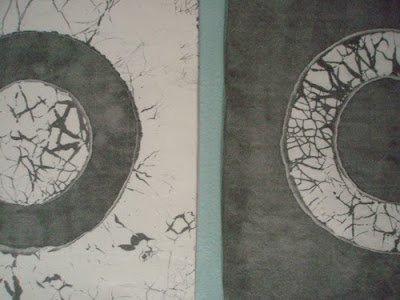 These 2 were done with a flour paste resist on silk, then painted with black dynaflow paint
Posted by Linda M at 3:59 PM 2 comments: