Earlier this year I entered the 2017 Excellence in Fiber competition and while I was in NY the rejection email arrived. This week I got the great news that my first daily stitching piece for this year was selected to be in the online gallery, a selection of pieces that didn't make the final cut, you can see all of the selected pieces here. I'm really honored to be in this selected group, do check out the gallery, there is some fabulous work there. This is my piece, "Happiness" 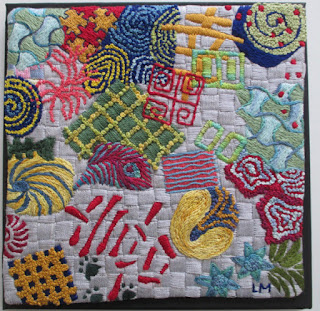 This is a real quick post this week, I have ten family members on their way here for a few days of Thanksgiving.

Weekly Stitching
Signs of Life:The five universal shapes week #47
The big triangle got filled in and the spiral has been started. 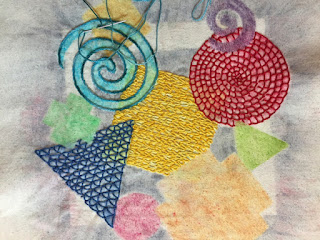 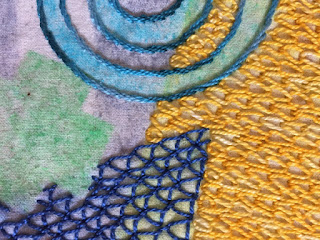 More background done and just one corner to go. 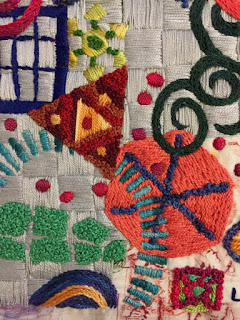 I'll be linking up to "Off the Wall Friday" and "Slow Sunday Stitching"
Posted by Linda M at 1:06 PM 7 comments:

While we were in NY I watched several videos on facebook that were from Quilt Market in Houston, one of them was Victoria Findley Wolfe demonstrating how she does a herringbone quilt. I loved the effect and over the weekend I pulled out a bunch of multi colored hand dyed fabrics and started cutting them up. On Monday I finished up the top, it's about 52" x 60"I just sewed until I ran out of cut strips. 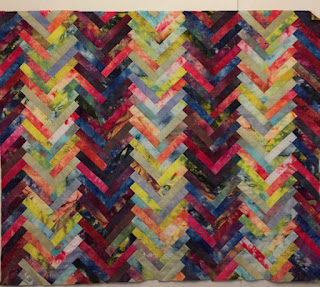 I'm happy with it and I think I'll even keep it for myself, but with a very busy week or two coming up it will have to wait to be quilted. 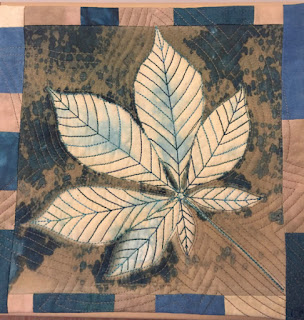 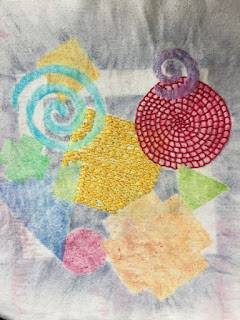 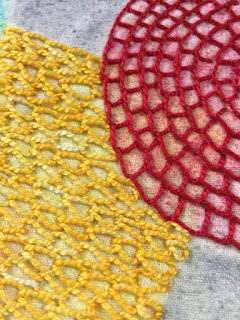 Two shapes done, the yellow in rows of chain stitch and the red in rows of blanket stitch. 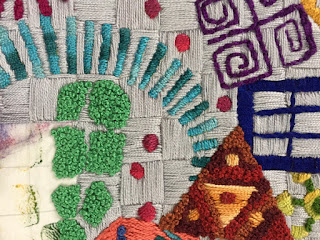 I'll be linking up to "Off the Wall Friday" and "Slow Sunday Stitching"
Posted by Linda M at 2:30 PM 7 comments:

I have been traveling for the past couple of weeks, went to Wallkill, New York  to visit family and to be tourists. We celebrated our 30th wedding anniversary. 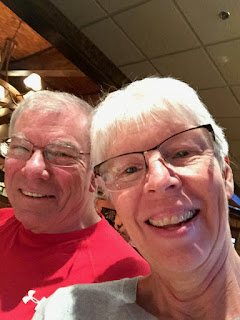 Went to a nieces wedding where I met up with all three of my younger brothers, first picture together in many years. 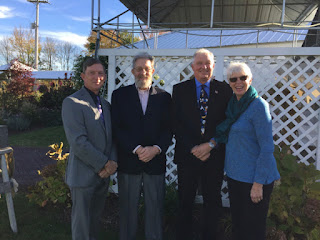 We borrowed my brothers car and drove to Corning, NY to visit an uncle of Don's and to spend some time at the Corning Glass museum. Then on to Niagara Falls since neither one of us had ever been there. 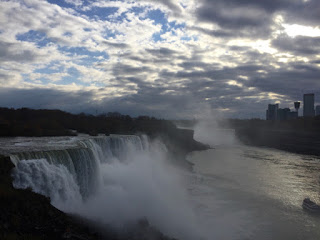 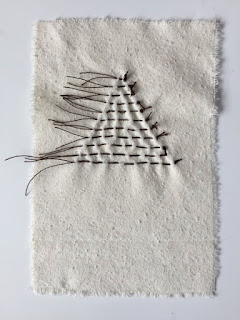 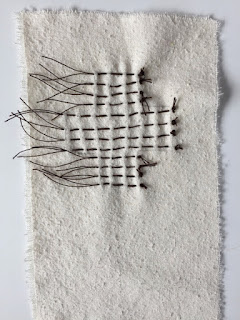 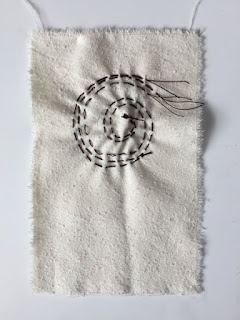 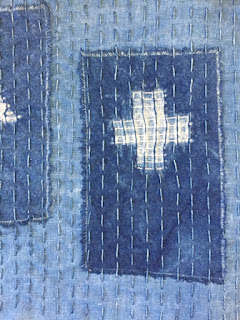 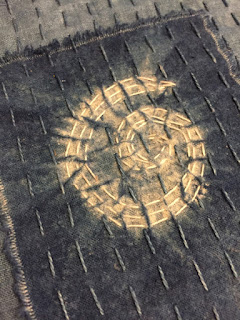 Only seven weeks left in the year! My next group will probably last for the whole seven weeks. I'm going to be stitching on a piece of silk noil that I had used soy wax paste on. When steaming it I incurred a problem with bleeding both from the dye and the newspaper I had rolled it in. I did this early last spring was disappointed and just put it aside. Since I need to get another one started I decided that if I covered it with stitches the bleeding would be hidden. 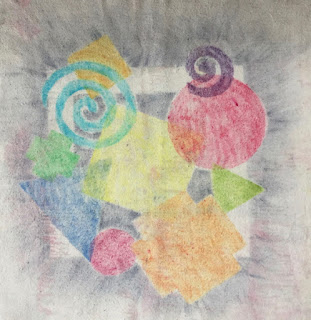 It looks better in the photo than it does in person. I've started pulling out some threads to work with and I don't plan on using french knots, but we will see what happens. 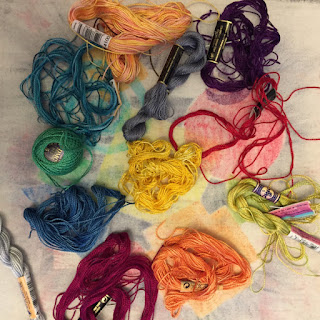 2017 Daily Stitching #2
I'm down to just filling in the background on this one. 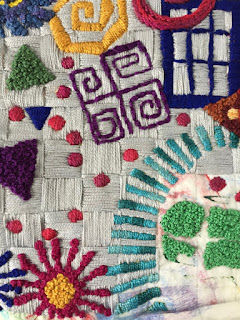 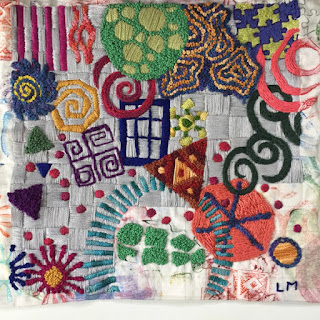 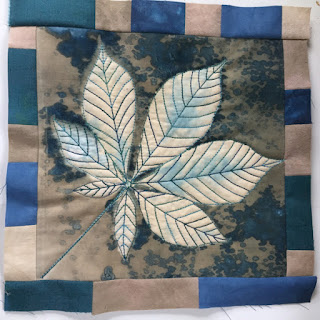 I've also been knitting a lot. I finished a pair of socks while in NY, so have started another pair. I'm making this pair out of yarn leftover from previous socks. 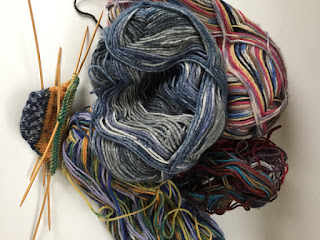 I've also started a cardigan made from several different single skeins of yarn from my stash. Most of these are yarns that I would not have purchased for myself, but they were all gifts from my hubby. I'm usually cool in the house so this will be my sweater of many colors to keep me warm. I'll also use up the yarn! 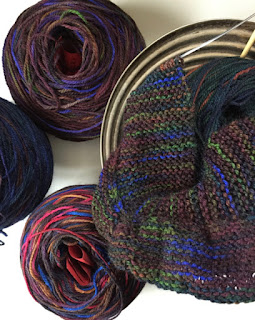 I'll be linking up to "Off the Wall Friday" and "Slow Sunday Stitching".
Posted by Linda M at 2:29 PM 4 comments: