On the first of March, while it was snowing out(melted the same day), I walked over to the grocery store to pick up a few things. At the check out stand there was a bucket of daffodils and the checker put a bundle of them in my bag "to brighten up a snowy day". They look so cheery on my dining room table. 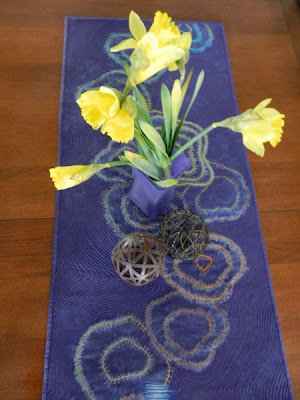 Later that day, while reading my email I found that Shelly Stokes had written about me in her newsletter. It's now on her blog and you can read it here . I must say between that and the daffodils I had a great day!

Over the past month I've made six quilt tops that I'll quilt sometime later and then donate to either Project Linus or St. Luke's children's cancer center. I took some quick pictures of them - they would have looked better with some space between them. The best part is I used up a whole pile of scraps and now have an empty scrap basket! 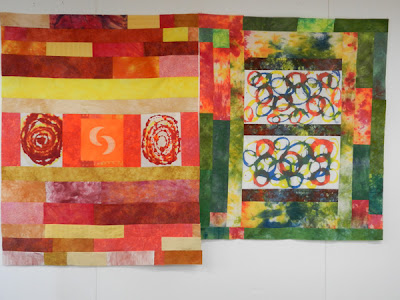 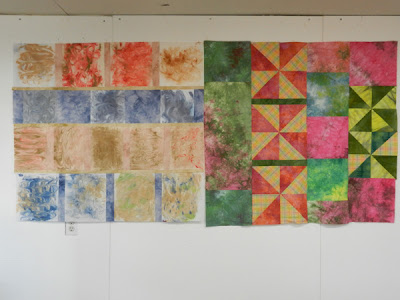 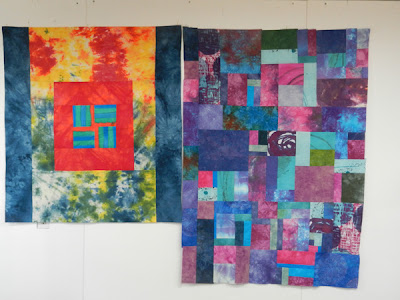 I have a little over a week left on my "Sixty five days to 65" project and have decided to do another daily project. I will be starting on my birthday and continuing until my following birthday. The fabrics in this pile will be used. 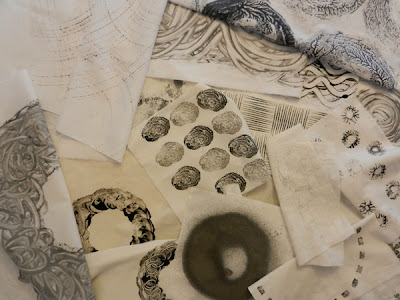