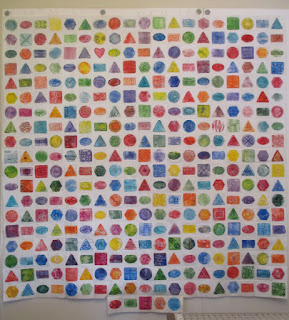 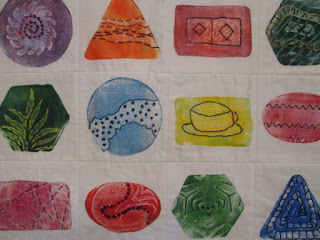 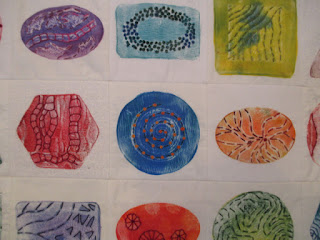 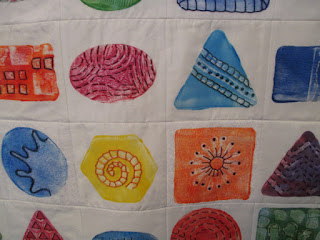 Gelli Prints are done and all stitched together. Here are the last five. 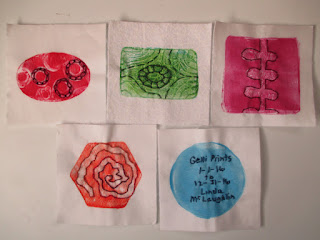 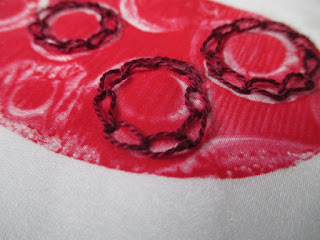 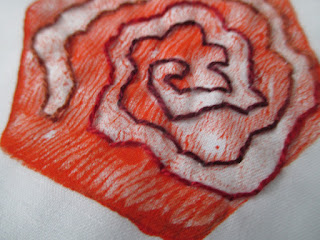 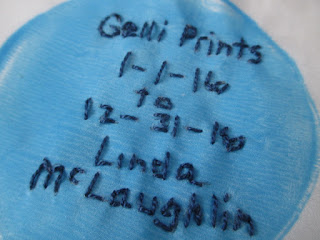 These were really fun to do, I love using my Gelli plates. But as much fun as they were to do I'm now stuck with another large piece that has to be stored. This makes the ninth daily piece, they can all be seen here. There's also all the weekly pieces, rolled and stored, so there are going to be changes! I love doing my daily and weekly stitching and right now can't imagine not doing it. Things are evolving so I'll still be stitching but not ending up with large pieces that I'm running out of space to store (what else can I do with them?). I had originally planned to do "the Blues" to use up some of my indigo and blueprinted fabric, but had never gotten them ready. I knew it was time for a change, five years is a long time to work in the same format.

While printing the last half of my gelli prints for last years work I printed off the excess on the stamps and plates to a long strip of fabric(11"x75") that was hanging out in the Studio. There was no plan I was just using what was already on the stamp. 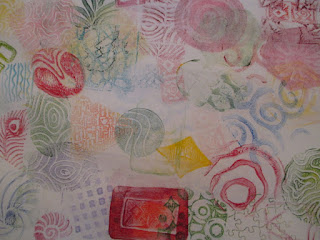 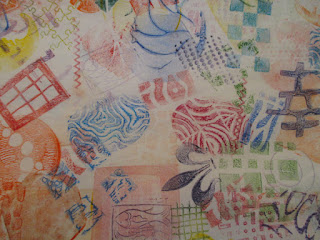 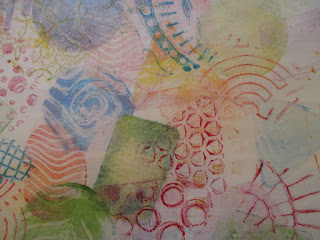 I've been looking at it thinking something could be done with it. On Facebook I saw something quite unrelated but close enough to spark an idea. The post showed the work of Hanna Claire Somerville, who had filled an embroidery hoop with stitches over the course of a year. It can be seen on Instagram as 1yearofstitches.  It was enough to get me thinking about stitching this piece of fabric, but I also knew that this piece was too big to fit my criteria for a daily project because it has to travel well.  It has been ripped into eleven inch square pieces and a ten inch square of white felt has been fused to the back. I don't like to use a hoop and the felt gives the fabric the stability to not pucker. 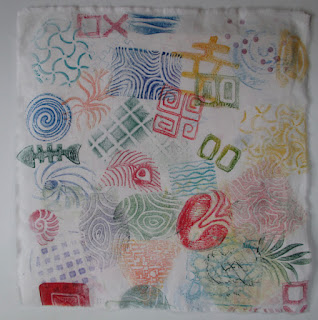 The plan is to fill it with stitches, instead of doing a 4" square every day I'll spend some time stitching on this. Day#1 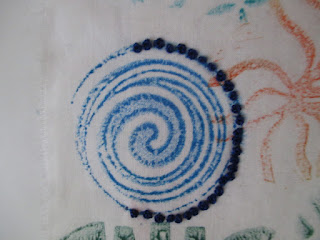 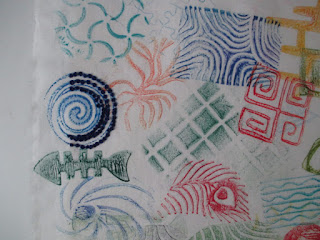 I will probably take one photo a week instead of daily, but I will stitch daily. I have no idea how long it will take to cover the fabric with stitches, but when it's done I have more to move on to. The best part is that it will only be a 10" square when it's done and will be much easier to store and also a better size to display.

Weekly Stitching
Last post I was still undecided as to where I was going with the Five Universal Shapes. Decisions have been made. First; it will not end up as one big piece, but 52 smaller ones. Second; it will change every five weeks. The first group of five will be white stitching on a black background with bound edges. I have started a list for the other nine groups of five and will make my decisions when the time comes. Third; keep the size consistent at six inch squares. 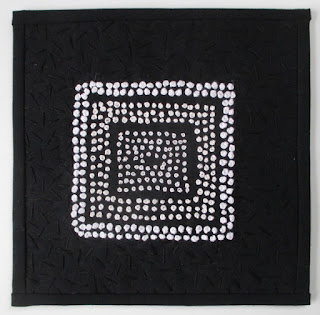 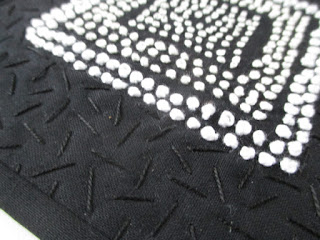 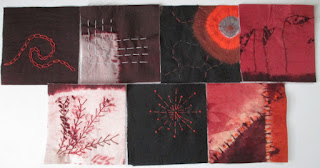 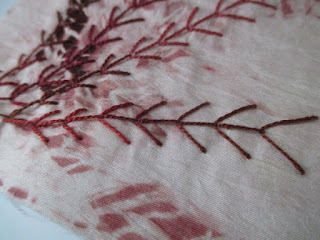 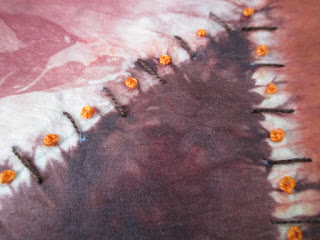 Next week I'll tell you about another new project. I started my daily stitching five years ago with "Sixty five days to 65" well 70 is getting close and it is calling for it's own project and I'm using the contents of this box. 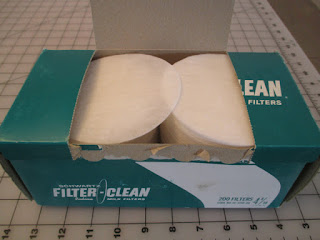 I spent some time organizing some of my threads, the weekly leaf had it's own box before, now most of them are together. 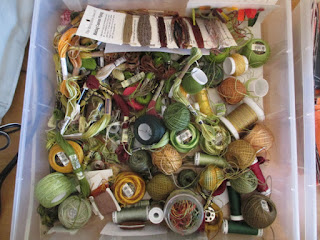 thread from the weekly leaf 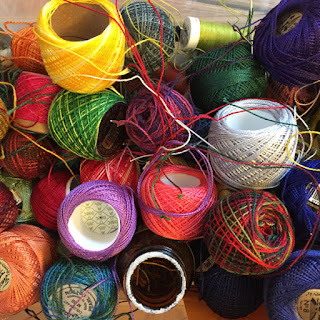 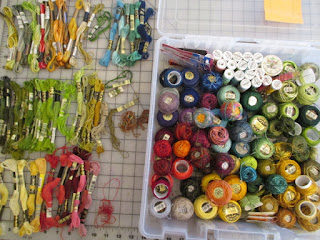 The start of organization


I will be linking up with "Off the Wall Friday" and "Slow Sunday Stitching"
Posted by Linda M at 11:39 AM