Latlely I've had the urge to just sit and sew, what I refer to as mindless sewing. So when I came across a bag of batik samples that I've had tucked away for many years I knew it was the perfect time to use them. I thought there were probably about 100-200 pieces in the bag. 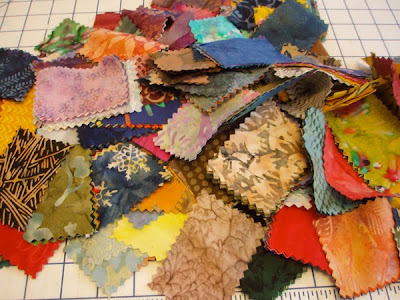 As I looked them over I decided that golden yellow would be the perfect addition. I had 1/2 yard, cut it into 1 1/4 " strips and began sewing the samples to the strips 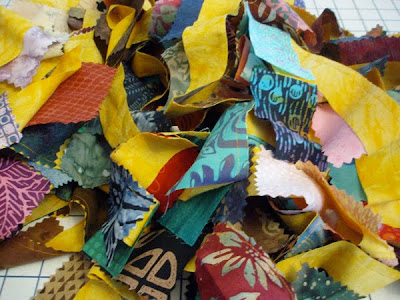 The 1/2 yard did exactly 196 pieces. I had a pile leftover, they seemed to be multiplying. I dyed several more yards of golden yellow and one yard of strips later I finally finished the pile. There were 588 pieces in that gallon plastic bag. It took a couple of hours of pressing to get them ready to sew again. 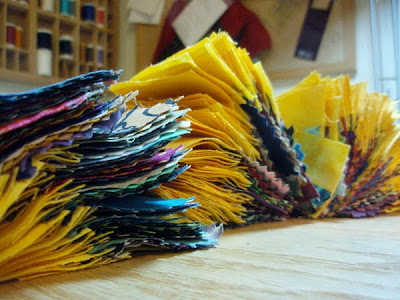 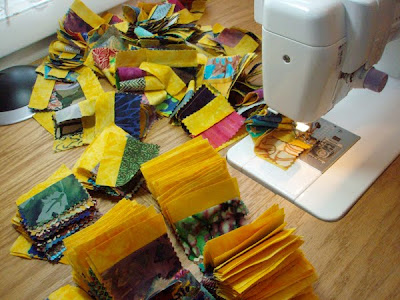 I'm really enjoying doing this and part of it is the music I'm listening to. I love classical music and listen to our local public radio station(Boise State Radio) frequently. While I've been doing this sewing I've been listening to some marvelous Christmas music, not the current commercial choices. The Christmas music will be over before the sewing is done, but I've made a good start on a quilt. A quilt that will probably go to a grand daughter that graduates in June, from both high school and community college at the same time.

I wish you all a very Merry Christmas.
Posted by Linda M at 10:18 AM