The big news around Weiser is that we are in the center of the path of totality for the solar eclipse that is happening on August 21. Last week there was an informational meeting at the High School put on by a couple of professors in the field of astronomy, one from Boise and one from Berkeley. It was a very interesting meeting and the really big concern is the impact it will have on our area. Weiser is a small town on the very western edge of Idaho, our population is about 5500. The experts are expecting between 50 and 60 thousand people to come to the area to view the eclipse. That's a lot of people! We have two small motels, a couple of small campgrounds, a handful of small restaurants, a small temporary grocery store and the two roads in and out of Weiser are two lane roads. So naturally there is a lot of planning and preparation going on. The extra bedrooms at my house have already been claimed by some of my children and grandchildren. I have eight pairs of eclipse viewing glasses. You can get more eclipse information here. 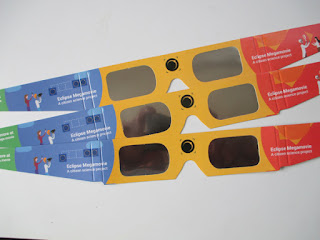 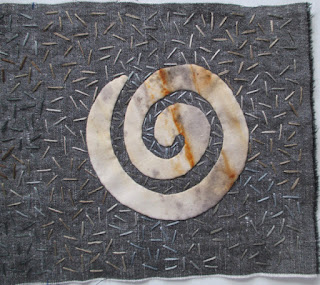 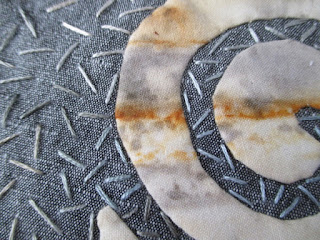 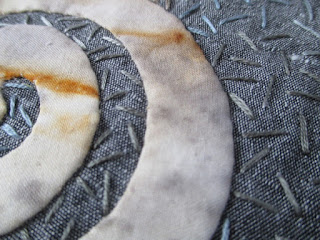 The first 20 weeks of the year 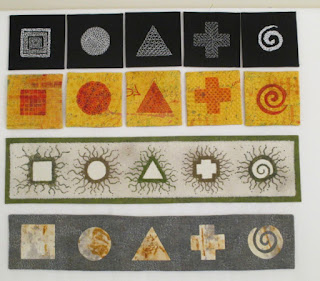 Back to french knots and background stitches 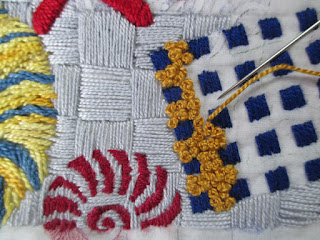 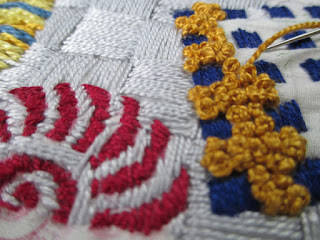 I'll be linking up with "Off the Wall Friday" and "Slow Sunday Stitching"
Posted by Linda M at 3:00 PM