Home sure feels good after two road trips in the past two weeks. First we went to Corvallis, Or to pick up my work from the gallery, a 900 mile round trip. Then I had an appointment with my Orthopedic surgeon on the one day we were home, my knee surgery is scheduled for Oct. 29.

The following day we left for Phoenix,AZ, drove for two days, then had an evening and two days with Don's daughter and family ending with a wedding. We now have two married grand daughters.

Then back on the road again, this time headed for Reno, NV where we stayed with my youngest son and his family and I got a younger grand daughter fix. We also spent time with Don's youngest daughter and her dh and son. This visit was a bit more heart wrenching, our 13 year old grandson has cancer, has had 25% of his liver removed and two tumors from his lungs removed. He is now actually doing quite well and is back in school and getting good grades, but the future is still very uncertain.

Then back to Idaho, where we were greeted with the upsetting fact that our dog, Buster, who has had health problems had gotten much worse. After making and carrying out a very difficult decision that just broke my heart I pretty much took a few days off from life. I'm amazed at how attached we become to our pets. Here is a small wall hanging that I did of Buster when he was very young. 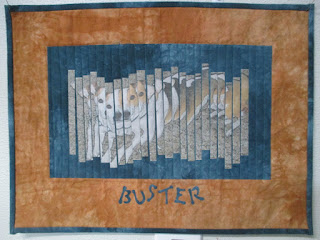 I used it as a sample in my booth when I was vending, I used to sell Jacquards fabric that is prepared for inkjet printers. I had printed a photo of him twice, sliced it up and fused it to the background. He was part Jack Russell and very hyperactive so this depicted him well.

The Weekly Leaf
I have two weeks to show. The first is a blueprint on gold of a tomato leaf. Here it is out in the sun printing. 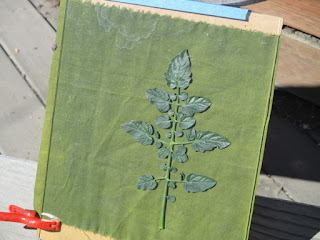 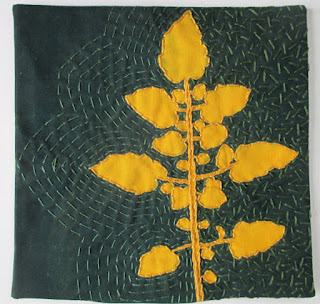 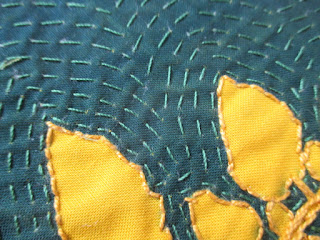 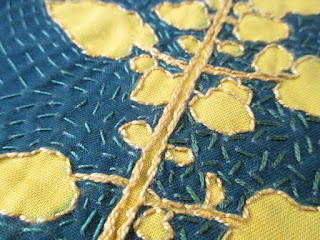 The next one was done with freezer paper and paint stick  on hand dyed fabric. I had a large leaf that I liked the shape of but couldn't use because it was so large. I drew it onto freezer paper in a size that would work. 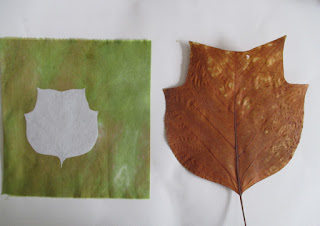 Then using a stencil brush, brushed the color from the paint stik onto the fabric. 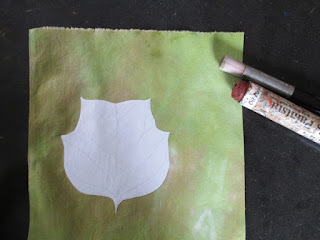 Removed the freezer paper and drew in some veins with a colored pencil. 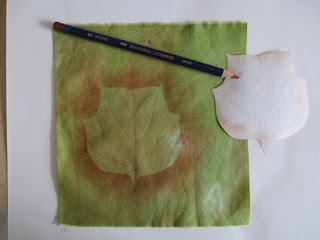 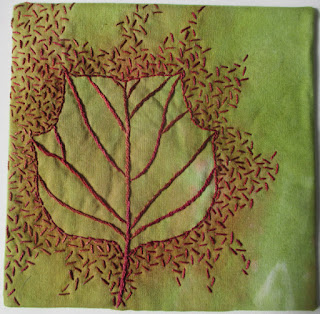 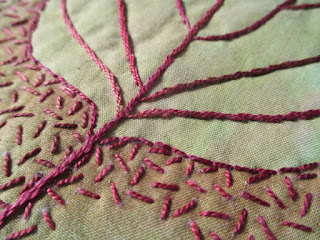 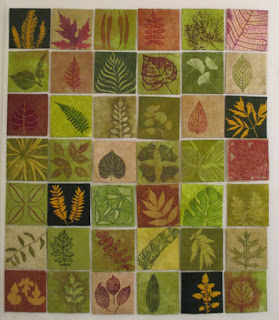 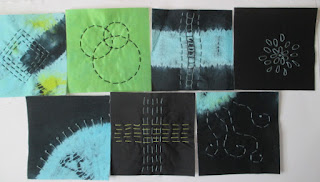 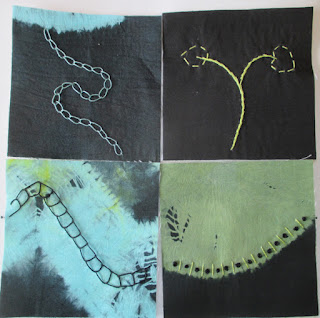 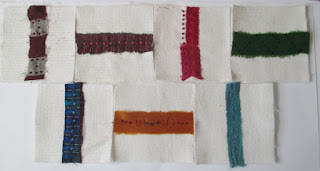 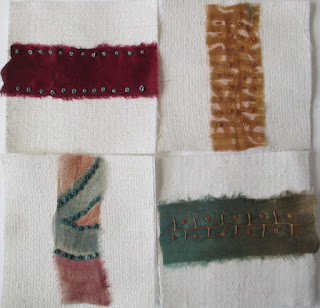