We spent a weekend in Phoenix, actually Mesa, AZ for our oldest granddaughter's wedding. It was a beautiful wedding, held outdoors in the evening. You will have to take my word for it because as usual I'm pretty hopeless taking pictures of people. After leaving the Phoenix area we headed north east and our first stop was the giant meteor crater. This is my favorite view from this stop, the crater is actually behind me. 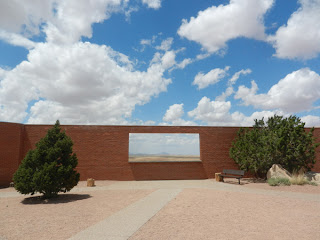 Next was the Petrified Forest. The skies were getting very interesting so I took several black and white photos. 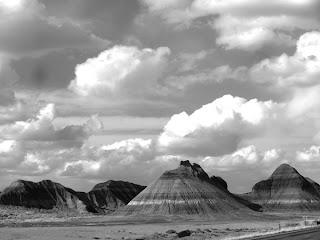 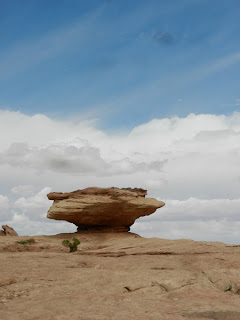 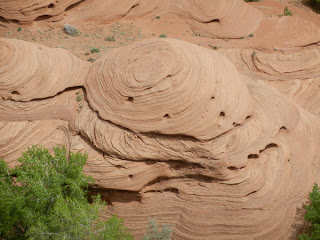 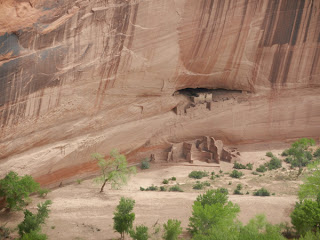 Then Arches National Park where it rained most of the time we were there, but that didn't deter us. I took more pictures of curvy rocks! 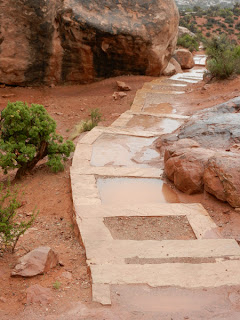 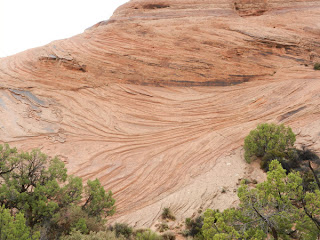 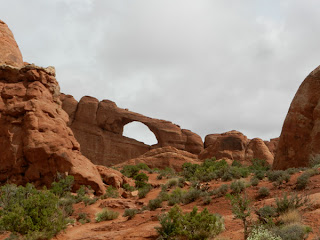 Then we had to head to Reno, NV because Don was bowling in a tournament. We stayed with one of our sons and his family. To get there we drove over 500 miles on US 50,aka The loneliest road in America. 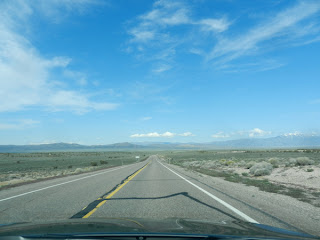 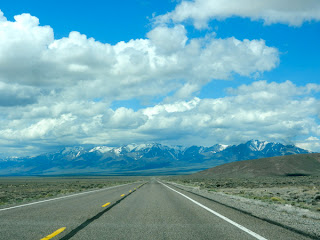 Long straight stretches of road interrupted with twisty roads going over the mountain passages, I lost track after seven summits. You may also notice there's no other traffic on the road. There is some but it's very easy to go several miles without seeing another vehicle. The view on the Garmin alternated between these two scenes. 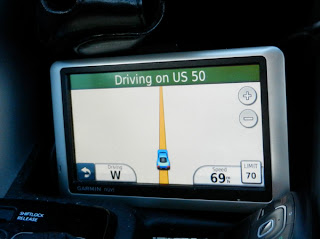 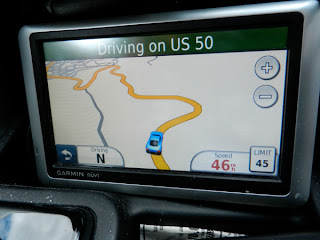 While Don bowled I got to spend time with our youngest granddaughters, so it was fun for both of us. It was a great trip and there are several places I'd like to revisit in the future, even if it's just to see the curvy red rock formations again.
Posted by Linda M at 8:48 AM